NewTree - Your one-stop livestock needs in the Philippines

A MIXTURE OF ELECTROLYTES 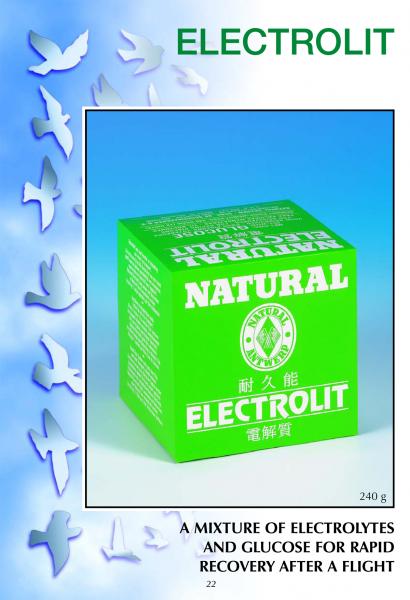 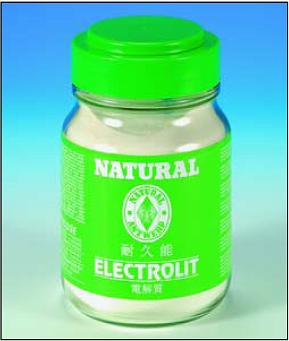 The heightened metabolism and substantial exertion of the pigeon in flight

result in numerous waste products. In the elimination of urea, uric and

to the pigeon. Water loss is also appreciable during flight.

on their return from a race.

and progressively restores the acid-base equilibrium. It also represents an

in a major loss of minerals and water loss. Natural Electrolit prevents

dehydration caused by diarrhoea and accelerates the recovery from a disease.

ON THE RETURN OF A RACE

Mix Natural Electrolit in the drinking water and leave it

at their disposal until after the evening meal.

THE DAY OF BASKETING

The pigeons that take part in long-distance and very long

distance races are under way for several days and nights.

It is essential that these pigeons are basketed with sufficient reserves

of electrolytes (body minerals). This is why we advise to mix

Natural Electrolit to the drinking water on the day of basketing.

IN CASE OF SEVERE, WATERY DIARRHOEA

Administer Natural Electrolit until the droppings return to normal again.

1 bag of Electrolit per litre of drinking water.

1 measure of Electrolit per litre of drinking water.

Natural Electrolit can also be mixed with